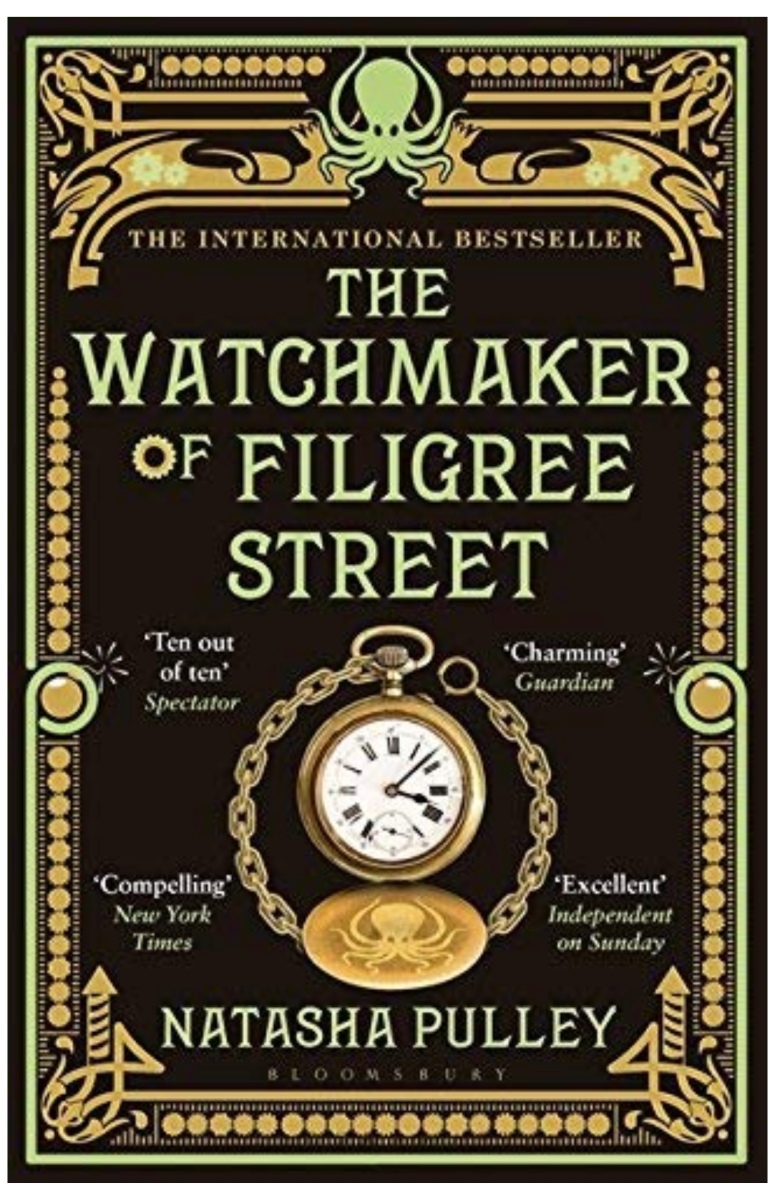 In 1883, Thaniel Steepleton returns to his tiny flat to find a gold pocketwatch on his pillow. When the watch saves Thaniel’s life in a blast that destroys Scotland Yard, he goes in search of its maker, Keita Mori – a kind, lonely Japanese immigrant. Meanwhile, Grace Carrow is sneaking into an Oxford library, desperate to prove the existence of the luminiferous ether before her mother can force her to marry.

As the lives of these three characters become entwined, events spiral out of control until Thaniel is torn between loyalties, futures and opposing geniuses.

London 1883 and Thaniel Steepleton is working for the Home Office in the telegraphy department when a message comes through that the Caen de Gaul intend to bomb all public buildings in 6 months time. His supervisor sends him home and upon arrival at his digs he finds his room open. Nothing has been taken but there is a gift for him. It is a pocket watch and the inscription on the card says – it is your birthday today. Although Thaniel assumes it is from his sister he has haunting doubts because the homeless man at the front of his building only saw a short man with brown boots come and go. When the pocket watch saves his life, Thaniel goes in search of the maker.

Grace Carrow scientific scholar and desperately trying to prove existence of the Ether is sneaking in to the Bodleian Radcliffe Camera library disguised as a man – the only way it would seem for an unchaperoned woman to gain entry during the 19th century. There she meets her good friend Akita Matsumoto and when she shows him her pocket watch with the filagree swallows inside the mechanism, Matsumoto sees something familiar in its design.

So begins an adventure unlike any other with clockwork animals, the history of Oxford, and travels to far away Tokyo for our protagonists. Is Mori a spy? A bombmaker? Or is he a clairvoyant who can sense movement in the Ether therefore proving that it exists?

The story is beautifully written, the prose so elegant that the reader is transported. The story has an ending of sorts, that is to say, the reader is left with questions and ideas and uncertainty. Genius.

Pulley goes on to write The Bedlam Stacks – see my review here.

I cannot finish this review without mention of the book design which features in both the hardcopy and paperback: 21st century Matt black boards with gold decorative borders, green fillets, green octopus’ and a clock face cut out which is revealed on the endpapers.